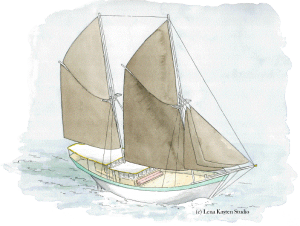 The capability of HAWASSI (Hamiltonian Wave-Ship & -Structure Interaction) software is being extended to include wave interaction with ships. The idea is to keep all facilities/capabilities of the wave code in the software, but extend it by adding new Wave-Ship dynamics in the Hamiltonian formulation of HAWASSI code.

The following video is a simulation of wave – ship interaction for a ship restricted to heave only in incoming waves of increasing wavelength.
The wave-ship module in HAWASSI software is presently under development.